Yesterday, I started going through my ASU Fall class lineup and pulled up a YellowDig post for an upper-division LST course I’m taking. It featured art from JR, a global artists who is famous for his protest art. He’s done amazing work on a variety of social issues around the world, from the Palestine Israel conflicts to the USA Mexico border wall. You can follow JR and his amazing works on his Instagram.

A while later, as I was preparing dinner, my 4th grader sat down at my computer and started asking me about this image. We talked for a while about art, meaning, and touched lightly on protest art. I explained how this piece was ‘cool’ (as he called it), but hopefully, it also touched the minds and hearts of those who see it. I explained that this art is probably meant to be a reminder of the real people who are being affected by the board wall.

Here is a snip from a video found on JR’s Instagram page.

The media portrays the immigrants the wall will be keeping out in a negative, violent, dangerous way but, as JP mentions in his TED talk, the truth is of who is being affected or is involved is probably vastly different from the rhetoric that the media portrays (JR, 2011). This is one of the reasons protest art is so important. It can help show the real-life story instead of the bias media view.
It was a quick but very good conversation with my little boy. I hope to have more of them like this in our future. But some people may disagree and feel like my little boy is too young.

What do you think… should elementary-aged kids be introduced to the idea of protest art? 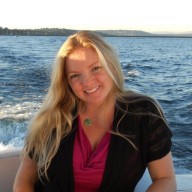 Curious Minds, Adventurer Hearts
Susan D and her son are frequent travelers who travel together often, just the two of them. With this blog, they hope to inspire others to travel with their kids as often as possible and realize it's not as hard or expensive as it seems.
At the age of 7, Ian has been to 27 countries with his mama and on over 100 airplane rides. He is curious about foods, sights, and culture around the world. He and his mama believe that traveling provides an education that cannot be matched!

7 Reasons Moms Should Travel Alone with the Kids (and sure, dads too!)